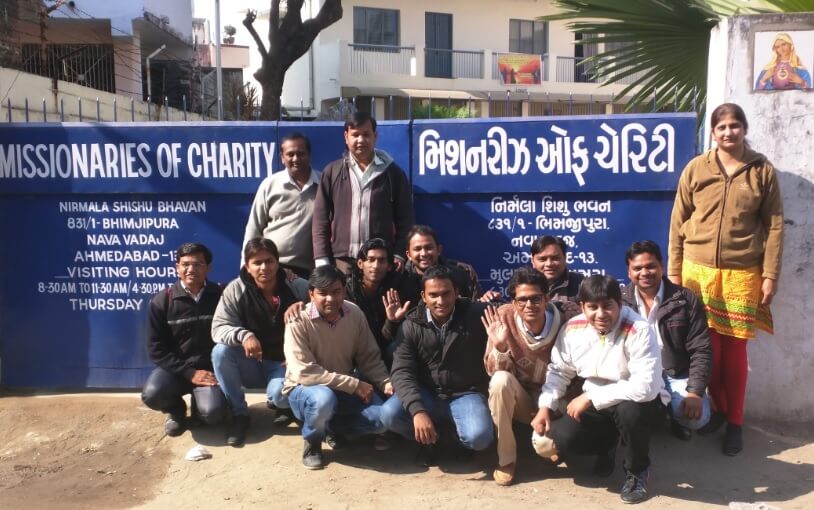 A staff is considered nothing but an expert in his technology skills when joining Atlas SoftWeb. This is expected as they go through several rounds of interview before being selected. However the company believes in a holistic development of the staff and thus works closely in conducting seminars, programs and events that help in all around welfare of the individual as well as the society.  This Christmas, a management team member came up with an idea of gifting blankets to the poor and needy and thus help them in this chilling winter. The company adopted this idea under social welfare scheme and decided to conduct a visit to an orphanage.

On 22 December 2014, entire team visited Missionaries of Charity, Ahmedabad orphanage and spent several hours of bonding and fellowship with kids over there. We started with a team introduction followed by allowing kids to pick up one staff and get acquainted with him/her. Kids were able to wholeheartedly interact with the team member who played several short games and shared stories. Later a Greeting Card making competition was conducted where the kids were asked to make a greeting card along with the staff assigned to them. This was the most interesting part. Both kids and the staff enjoyed working together in creating several beautiful Christmas cards. Best two cards were selected and gifts were given to the kids.

Later blankets were handed over to the sisters managing the organization. Each kid was given a blanket. The staff took the entire meeting to next level by personally bringing in gifts for the kids which was a complete kit of stationary pencils and stuffs needed in schools.

This entire interaction event was a huge success. Kids at the orphanage felt an emotional bonding of love and care, staff @ Atlas SoftWeb were able to realize about the sad part of the society and how as a responsible citizen can contribute towards its welfare.

This Christmas truly we were blessed with a special love and we would cherish it life long.

Merry Christmas and blessed Holidays to all

Hardik Patel: it was nice..:) i have visit first time … great